While scanning State and Federal agency contracting sites, I’ve seen different uses of the words “bid” and “proposal.”  From the contractor/supplier point of view, these terms may seem interchangeable.  Indeed, it even seems that some government contracting agencies use these terms as synonyms. In the second edition of his 2016 book, “Contracting for Services in State and Local Government Agencies,” William Sims Curry tells us that in a 2015 research project, only 73% of contracting agencies reported that “they used the term ‘proposal’ exclusively when referring to contractor responses to RFPs.”

Bid vs. Proposal, What Is the difference?

From a best-practice prospective, there is a significant difference between these two words.  Using these terms as synonyms could lead to misunderstandings of a government agency’s intention in terms of how the information contained in Request for Proposals (RFP) or Invitation for Bids (IFB) responses will be treated.  Such confusion can lead to contractor/supplier protest, resulting in delayed decisions and unwanted legal actions and publicity.   Curry tells us that “these terms cannot be used interchangeably because each type of solicitation is unique and subject to differing rules.”

So here are the rules for using “bid” and “proposal.”

The word “bid” should only be used to describe a response to an IFB or Request for Bid (RFB).  These solicitations are typically straight forward initiatives to secure commodities, capital equipment or construction work and normally not services.  Bid responses are always subject to disclosure at public openings and are not subject to (price, terms & condition, timing, etc.) negotiation.

On the other hand, the term “proposal” is only used to describe a response to a RFP, which is used primarily to secure services or a combination of products and services. RFPs are more complex than IFBs or RFBs due to the nature of their requirement, which can be satisfied in different ways.  The RFP is designed to help the contracting agency understand the various proposed methods and approaches that can be used to meet the requirement.  The variability of responses may include information considered proprietary, confidential, sensitive or a competitive secret by the proposing contractor/supplier.  For that reason, and the fact that provisions of the proposal are subject to negotiations, the details provided in contractor proposal responses are typically not subject to immediate public disclosure.   The reason for this is that the contracting agency, after reviewing a proposed approach to satisfying the RFP requirement, may desire changes to a prospective contractor’s approach in terms of timing, methodology, resourcing, objectives, cost, etc.   The contractor recommended by the contracting agency will most likely be selected if both parties can agree to the changes.

So, What Does This Mean To You?

If you are the contracting agent, you will want to adhere to the described usages of the terms “bid” and “proposal.”  If, for any reason, you cannot then make sure to at least clearly state your intention of how the information contained in received proposal and bid responses will be disclosed.  Government agencies tend to be bound by laws requiring more transparency than private corporations when it comes to disclosing responses. I have seen options offered by governmental agencies to allow contractors to submit a redacted version of their proposals to satisfy the need for subsequent public disclosure of RFP responses.

This is the second of my three blog series that describe the essential elements to winning that Request for Proposal (RFP) or Request for Quotation (RFQ).  I’ve boiled down the lifecycle to winning a RFP or RFQ into three main phases: Identify, Qualify and Respond.

There’s a growing number of contract opportunities across all disciplines such as: Information Technology, construction, education, transportation, training, management consulting, landscaping, janitorial, marketing and all sorts of commodities.  So, when you find out about a juicy contract opportunity, you may be tempted to jump right in and crank out a response.

Problem is, not all contract opportunities you receive are meant for you.  Just because a RFP calls for a service or product you provide,

don’t think your organization is the best candidate.  Unless you can figure out a way to assess your chances of winning those opportunities, you will waste a lot of time, money and resources responding to proposal solicitations you will never win.

Avoid searching for the right RFP or RFQ opportunity in the dark.  You need to shine a light that shines way beyond the obvious question of whether you can satisfy the scope of work. For example, consider these three questions in terms of your organization’s: goals/objectives, culture, size, industry, etc.

There are many more considerations, some of which I described further in another blog post.  You will certainly want to tailor your scrutiny to fit your organization. But please remember this one important fact.  Only when you understand the complete story behind that RFP or RFQ solicitation will you be able to decide if it is the right one for you.

OK, now that you have selected the right RFP or RFQ that truly fits your business, it’s time to craft a winning response.  I’ll talk about that in my next blog post.

Want to know more? Can’t wait for my next blog entry on the lifecycle to winning that RFP response?  Then check out this link to my website that describes my services around this need.

Winning that Request for Proposal or Quotation (RFP or RFQ) is not an easy thing to do.  It’s a large numbers game where you have to carefully select the right opportunity then figure out how to get your message across in a way that gives your organization the most vendor evaluation scoring points.

To help make things a bit easier, I’ve boiled down the lifecycle to winning a RFP or RFQ into three main phases: Identify, Qualify and Respond.  I’ll talk a little about each in three separate blog posts. 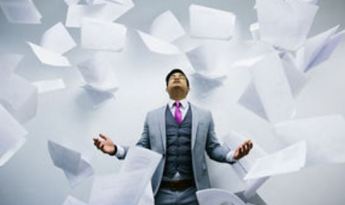 Like potholes on the road, there are plenty of Request for Proposal or Quotation (RFP or RFQ) opportunities out there vying for your attention.  A casual search shows a growing number of contract opportunities across all disciplines such as: Information Technology, construction, education, transportation, training, management consulting, landscaping, janitorial, marketing, all sorts of commodities, etc.  The Internet is filled with search engine sites (BidsUSA and FindRFP to name a few) to notify you of RFP or RFQ opportunities that fit the conditions you specify. Be aware that some of these search services are paid subscription based.

For state and federal RFP opportunities, you can save a ton of money by registering your company on various state and federal government contracting sites.  There, you will get automated notifications of solicitations based on the industry classification codes you provide.  Registering your business with government contracting sites can be a complex, time consuming pain in the butt process with plenty of bureaucratic check points and hoops to jump through.  But in the end, it is worth the effort. You may even discover an opportunity to develop a one-on-one relationship with a government contracting agent, which may prove helpful to find opportunities that don’t require a published solicitation.

But is that RFP or RFQ solicitation you found really for you?  I’ll talk about that in my next blog post.

Want to know more? Can’t wait for my next blog entry on the lifecycle to winning that RFP?  Then check out this link to my website that describes my services around this need.